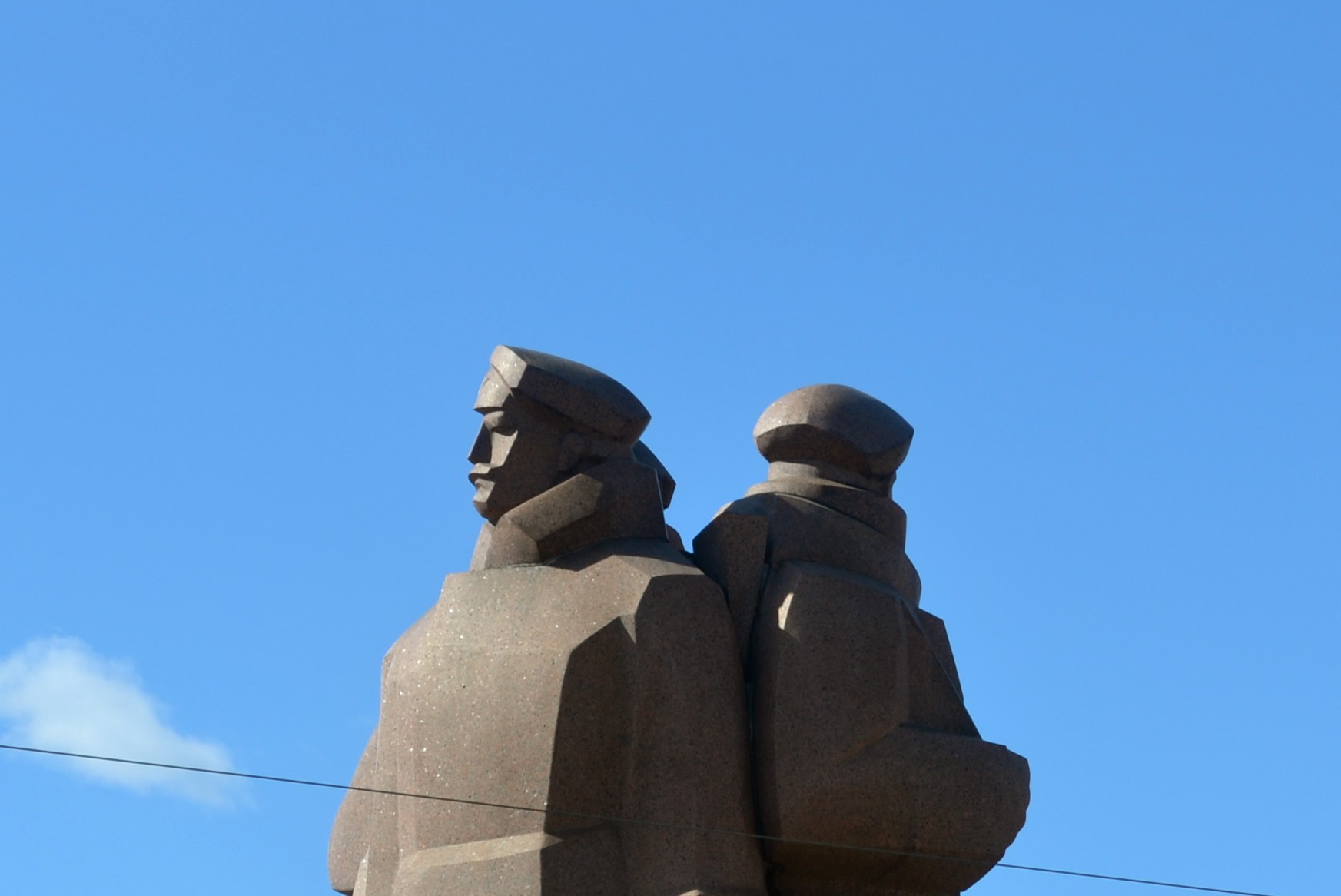 Last month, Latvia introduced criminal charges against the denial of Soviet and Nazi occupation from 1940 to 1991. However, Russia, the successor state of the USSR, doesn’t recognise the invasion of Latvia by the Soviets. The situation is getting tough now, as the Latvian parliament place the Soviet presence on equal footing with the Nazi occupation.

RIGA – According to the new law from the Latvian Parliament, nobody can deny the fact that Latvia was occupied by the Soviets and the Nazis. Some Latvians completely agree with it, and even call Nazi occupation “soft occupation”. Another group of citizens, mostly from the Russian minority, refused to use the words “Soviet occupation”, and instead call this period “voluntary participation in Soviet Union”.

“The great difference between German and Soviet occupation of Latvia is that nowadays Germany admit what Hitler did was wrong. Russia, for whatever reason, doesn’t want to say that the Soviet Union did bad things,” says Gunars Nagels, the deputy director of the “Museum of the occupation of Latvia”.

“The USSR came with tanks. The Latvian state never applied to be a part of the Soviet Union. There were elections, but it was like the referendum in Crimea – there was no way to vote against”.

The director of the museum, Gundega Michel, holds the same opinion. “Latvian participation in the EU and Soviet occupation are like the difference between light and darkness,” she says.

The museum of the occupation of Latvia is a private organisation, not funded by the government. At the same time, it’s the first go-to place for diplomats coming to Latvia. The main mission of the museum is “to identify, research, elucidate and commemorate the wrongdoings committed by the foreign occupation powers against the state and the people of Latvia from 1940 to 1991”, as stated on its official webpage.

The other side of the coin

Not everybody agrees that the museum’s mission is so positive. Some Latvians call the material in the museum “anti-Russian propaganda”. The prospect of a new law is a “step towards the development of a totalitarian regime in Latvia,” says the Latvian historian Viktor Gushin.

“The government of the Latvian Republic accept all the conditions of the USSR. This decision was initiated by the masses, the desire of Latvian’s to join the USSR was quite clearly and massively demonstrated,” he adds.

The chronology from the Soviet video archive: Soviet army entering Riga in 1940

Gushin shares the opinion of the museum’s founders with only regards to the Soviet expulsions. According to him, “people from wealthy part of Latvian society were mostly affected by the Soviet repressions”. He says that “only people who, or whose parents, served the Nazi regime and who fled to the West immediately after its defeat could organise the museum like that”.

“I’m Latvian, but I was born in Australia and spent a big part of my life in USA,” Michel, the director of the museum says, “I’ve been participating in different Latvian communities outside of Latvia in western states from a young age. We were there in order to inform our neighbours about the true conditions in Latvia, in contrast to the propaganda coming from the Soviet Union.”

It is clear that society in Latvia is divided. Even members of the same family can have different perceptions on Soviet and Nazi period of Latvian history. They would have two different days of celebrations. One of them is March 16, “Legionnaires day”, when people respect the memory of SS legionnaires.

The other is May 9, the day of the “Soviet Army Victory in World War II”.

“I don’t like both celebrations. I think it became too politicised. My mum is Russian and she goes to the “Day of the Victory Parade” every year on May 9. I would never do that. It’s strange to celebrate victory in the war, because there was no winner,” says Sanita Lace, a student from the Latvian Institute of International Affairs. “A lot of people died and we have to remember and venerate their death, but we can’t use history as a tool for propaganda.”