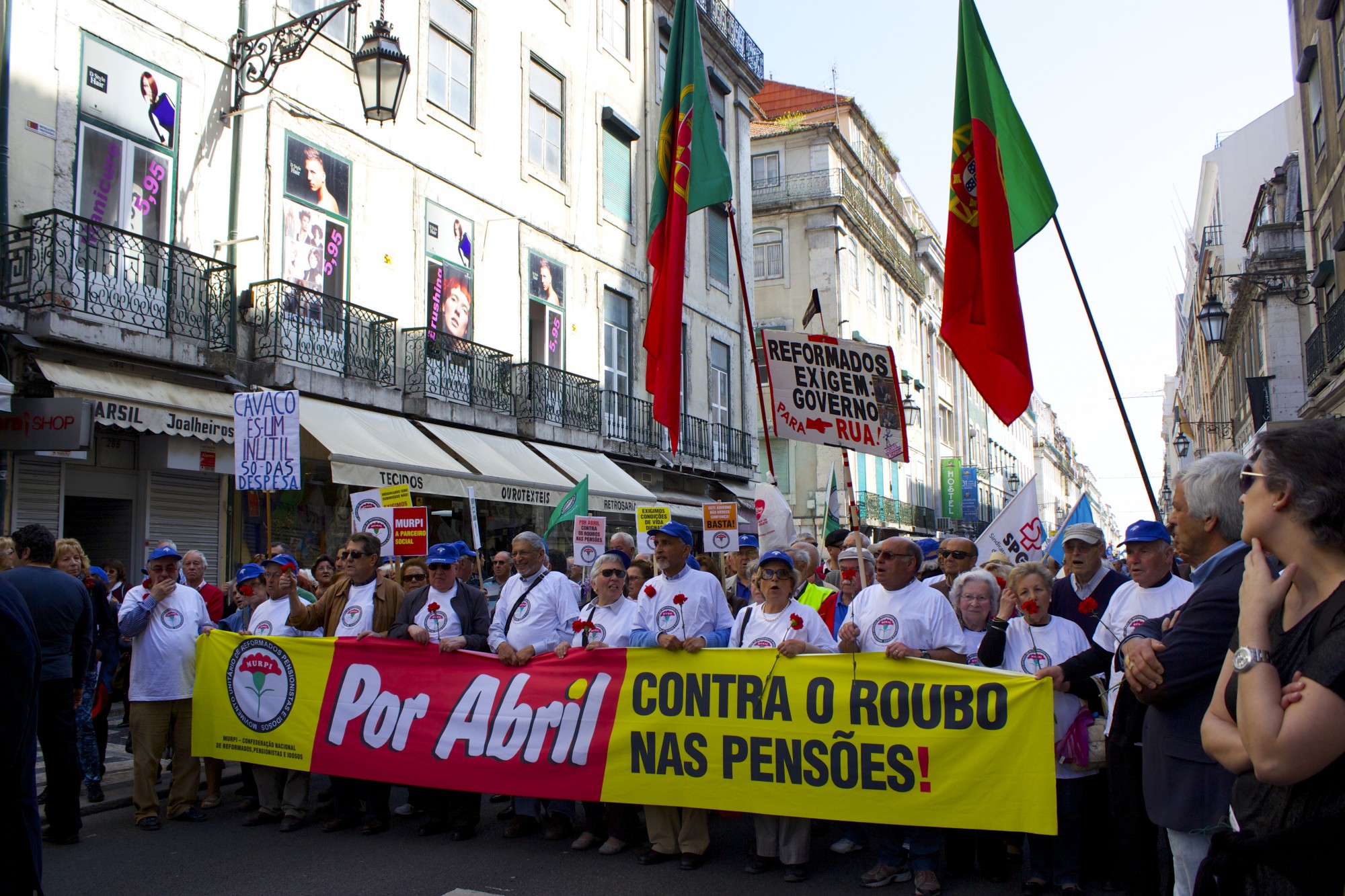 Celebration of the Constitution Day, and freedom from authoritarian dictatorship, takes place annually in Portugal on April 25. Many events dedicated to this significant date are already being going on across the country. This year marks the 40th anniversary of the Carnation Revolution of 1974, and the birth of democracy in Portugal. How has democracy in Portugal evolved since then?

The entire city of Lisbon is decorated with colourful posters, celebrating the military coup of Portugal’s authoritarian “New State” regime. But besides the entertaining and cultural events, numerous pickets and demonstrations are held in the city.

By the end of April, the Portuguese government will introduce a special temporary tax to pensions payments above €1,000, in an attempt to lower the country’s public deficit. Lawmakers are hoping to reduce this year’s deficit to 4.0 per cent of the GDP.

In 2011, the EU and IMF granted loans worth €78bn, on the condition Portugal cut spending, raise taxes and adopt liberal reforms.

The austerity measures of the Troika, which refers to the European Commission, International Monetary Fund and European Central Bank, has already cut pensions and raised the retirement age to 66.  As a consequence a third of seniors were driven into poverty according to Eurostat.

Veterans of the revolution attended rallies where participants sang Grandola Vila Morena, the theme song of the revolution, holding red carnations in their hands and banners demanding the government to “stop stealing citizen’s pensions.”

The economic and financial crises that struck Europe and the whole world in recent years, and the three-year dictatorship of the Troika policy in Portugal, have resulted in the imposition on the country and its citizens of restrictive measures of their rights and freedoms. These are promoting the economic recession and the impoverishment of the population, destroying the welfare state and, thereby, weakening the freedom and democracy.

Rodrigo Cabrita, a photographer and co-author of the ProjectoTroika says that without the interference of the Constitutional Court the current situation could be even worse. ProjectoTroika is an online platform, book, and film about the last three years under the strict economic rules imposed on Portugal by the Troika.

Left:  An emblem of the Association of April 25. Right: the official poster of the 40th anniversary of the Carnation Revolution.
Photo by: Irina Orlova

“The government and the Troika are always proposing austerity bills [always] considering the national budget to pass the line,” he says. “The Constitutional Court makes them follow the constitution every time they cross over it. The country is made of people and we have conquered our rights with blood and suffering.”

Forty years of freedom from dictatorship is long enough for democracy to reach a serene maturity and lucidity. But today, after four decades of the restoration of democracy, the conquest of civil and political freedoms and the consecration of fundamental human and social rights are in a situation where democracy and secured freedoms and rights are at risk.

“Dates on the poster are not painted in different colours accidentally,” says Ramiro Antonio Soares Rodriges, a member of the Association of April 25. “1974 is green and it means the flourishing of the democracy; 2014 is painted black, because democracy is now mutated and decayed. A big question mark in a middle is asking people what happened in the last 40 years.

“What went wrong? What is happening now in Portugal can hardly be called a democracy.”