Artist: “The Biblia magazine is a way of resisting” 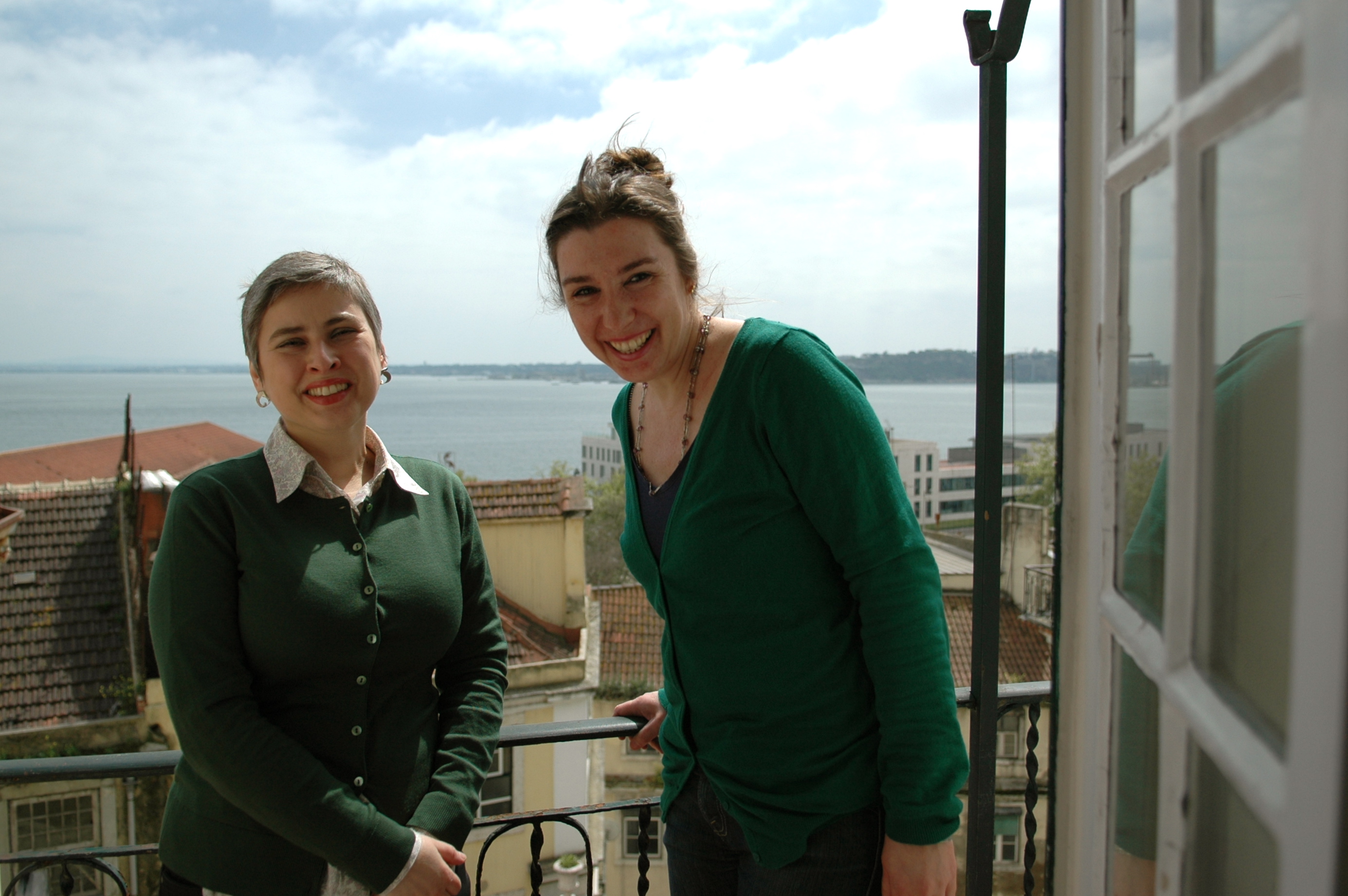 Art magazine Revista Biblia is the artist-published tribute to the 40-year anniversary of the Carnation Revolution, but it is also a protest against the current austerity measures, and an investment in the future.

LISBON – Tiago Gomes walks onto the stage, where he is applauded by the small audience. In his driven Portuguese, he presents the program of the poetry evening that is just about to begin. We are in a café called Sagrada Familia, on Avenida Duque de Loulé. The avenue is broad, but the sidewalks are almost empty. A few buildings appear to be abandoned, even though we are only a few minutes from the expensive hotel area of Lisbon.

Onstage, Gomes mentions the Troika and the current economic crisis. As he speaks, an old man in the bar starts crying without tears, as infants do, which makes people laugh, in slight discomfort. Then he turns to the audience and yells: “Are you laughing at the IMF?!” His beard is long, his face is dark from the sun and he is wearing a hoodie over his hair. He sits down, listens to Gomes reading poetry for a while, before he stands up and walks back out to the streets.

Tiago Gomes onstage at Sagrada Familia during a poetry event, which he organised.

His actions are not typically Portuguese. While the Greeks draw posters depicting Angela Merkel as a Nazi, and have held aggressive and sometimes violent protests, the Portuguese are more peaceful in their protesting. It is in their nature, they will explain if you ask. Even their significant Carnation Revolution in 1974 was fought with flowers, as they like to remind you.

But that doesn’t mean that there is nobody protesting. It just takes different forms. One of their forms of protest is the magazine Revista Biblia. An art magazine first published in 1996, and last in 2011, when “there wasn’t enough money to make it anymore,” Gomes explains. He is the founder of the magazine and is therefore happy to tell that they will publish a new edition again this year.

To take a stand

Revista Biblia will now be made again mainly because of two women: Isabel Baraona and Catarina Figueiredo Cardoso. They are working on a project called Tipo.PT, which gathers Portuguese artists’ books in order to preserve and promote them. As part of the work, they were interested in Revista Biblia, and met with Gomes in February. After a while, they got the idea to invest their own time and money and publish one more edition of Biblia in collaboration with Gomes. Because 2014 is the 40th anniversary, the magazine will be dedicated to the Carnation Revolution of April 25.

“The idea is exactly to transmit what the revolution was. It was an important mark in Portuguese history,” Cardoso says.

“It changed us and our lives. It changed the country where we lived. And it was a revolution without blood, the power withdraw, which is something absolutely amazing.”

We meet at a quite hidden café in the centre of Lisbon, in one of the narrow streets a few minutes from the harbour. Cardoso has a law degree and an MA in political science, but is now writing her PhD in materialities of literature at Coimbra University. Baraona is an artist, has a PhD in visual arts and works as a art teacher at Escola Superior de Arte e Design de Caldas da Raínha. They both work full-time and have other projects like the Tipo.PT, but are investing their spare time and money to create Biblia because they felt they had to do something.

“Because of the political situation, the hardships, the austerity measures and the cuts in culture the last years. It was impossible not to take a stand, says Baraona”.

Losing the conquests of the revolution

With the revolution in 1974, Portuguese citizens gained more rights. Workers rights, women’s rights and freedom of speech were improved, and there were investments in education and social support. Baraona and Cardoso see this date as especially important due to the current situation:

“What we see is that the conquests of the revolution are under threat. Because the access to health care is being cut, the education is being cut. Someone from the government said that ‘the country is getting better, but the people are not,'” she adds. “I don’t understand that. We, the people, are the country, and we are not getting better, Cardoso says.”

The Troika austerity measures are mentioned daily in Portuguese news, and for many people, Germany is the face of the welfare cuts. But Baraona and Cardoso do not see the EU or the Troika as the reason for their problems. They think the blame for the bad economic and social situation is on their own government.

“I think there were a lot of decisions that were not made by the Troika, not by the European community,” says Isabel Baraona.

“They were just not well negotiated by our government. And you have to look at your own responsibility before pointing fingers.”

The colleagues agree that there are some serious issues in the EU at the moment, such as the divide between the Northern and Southern countries and the gap between rich and poor.

“So for me, it’s a good thing to be a part of Europe in itself. But of course all institutions have good and bad sides and moments. And this moments is not a good one.”

When looking at Portugal and its government, led by prime minister Pedro Passos Coelho from the  Partido Social Democrata (PSD), there are many things to criticise in their opinion. Baraona emphasises that the first thing a country will cut in a crisis is the budget for culture, which has already happened in Portugal. There no longer is a Portuguese Ministry for Culture. And because Portugal does not have a strong tradition for private support of art, the cuts in public funding are serious, she says.

“I am talking about culture, but I could also talk about science. Because things are not that settled yet. So if you cut in these areas, you are actually castrating a whole generation.”

Baraona does not believe that artists and cultural life should depend completely on the state, but she thinks there should be a minimum support.

“As a teacher I have seen that we had 10 % more students quitting school the two last semesters,” she says. “And it’s a disaster, because they cut the scholarships. And if the parents are unemployed, then they cannot pay the annual fee.”

For them, the Revista Biblia can be a means of protesting, a way to show that you disagree with the decisions being taken.

“Its really an act of resistance, because our salaries are being cut, but we still try to do things that can be meaningful and that can add value and resistance to the country.”

A man leaves the poetry event.

“People should wake up”

Back in Sagrada Familia, the programme continues peacefully after the crying man has left. Poems are read and songs are played by a one-man-band.

Tiago Gomes says the latest years have been hard for people and also for artists and cultural life. State subsidies have been cut and people have less money to spend. He hopes that he can change something with Revista Biblia, but he is sceptical.