VIDEO: Protest against Bulgarian parliament rages on for 300th day 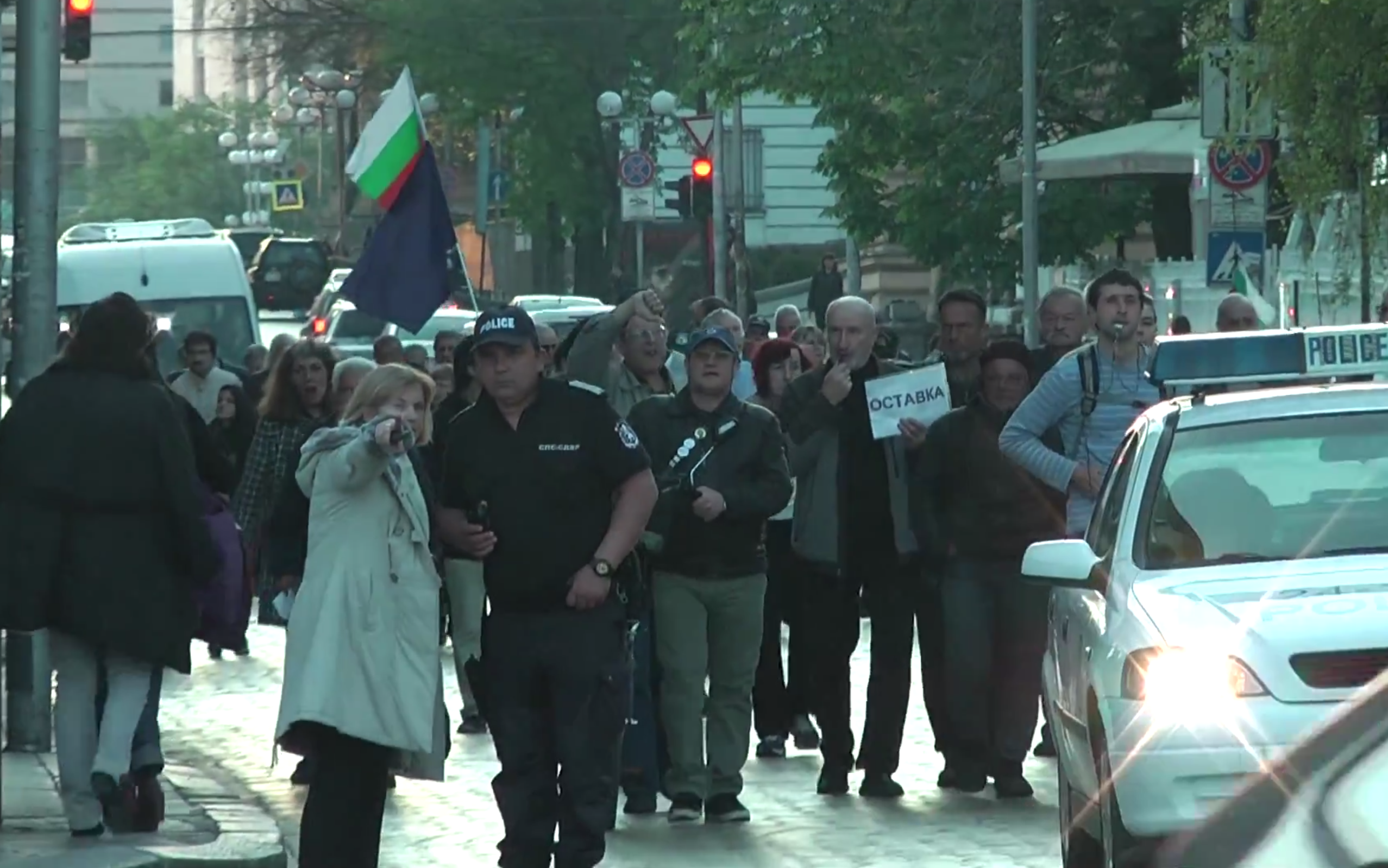 Below is a video of Krassen Stanchev, PhD, CEO of Knowledge Management and Solutions, business analysis company and member of the demonstrators in front of the Bulgarian parliament. Video was taken on the 300th day of the protest on April 9.

“Of course [the EU] failed in other countries but that does not necessarily mean they will fail in Bulgaria.”

Communicating with Kristiyan Dimitrov, member of the Bulgarian Parliament and the nationalist Ataka party, he was sceptical about the true driving force of the protest.

“I wouldn’t first of all call those protests civil citizen protests. Because generally they were funded by some criminal structures including structures belonging to the circles close to the former government and some right wing formations,” he claimed.

Dimitrov believes that they were more numerous at the beginning (numbering in the thousands last summe) and so few now (numbering under 200) because the money ran out, and they were no longer supported by the other parties funding the protests.

He went on to say that “members of those protests call themselves the beautiful, intelligent, good-looking, nice people. Peaceful people,” but said that during a riot he was attacked and suffered a fractured skull as a result.

Dimitrov said that thousands stormed Ataka headquarters with bottles, stone, knives and he was a victim of these protestors.

Coinciding with this protest there was also an incident where the University of Sofia was occupied by disgruntled citizens, again with Dimitrov claiming they were paid.

Evgeniy Kandilarov, a professor of Modern History at Sofia University, claims the contrary, saying that, while perhaps lacing direction and leadership, the protests were entirely legitimate. He said that some of his own students participated in the occupation.

Both agreed that students were generally negative about the occupation of the university because it delayed classes and had the potential of nulling the school year, thus forcing students to rethink their graduation timeline.

The protests continue in front of the parliament building, but it is yet another instance in a long line of Bulgarian partisan intrigue where claims of corruption abound between ruling parties and citizens alike.