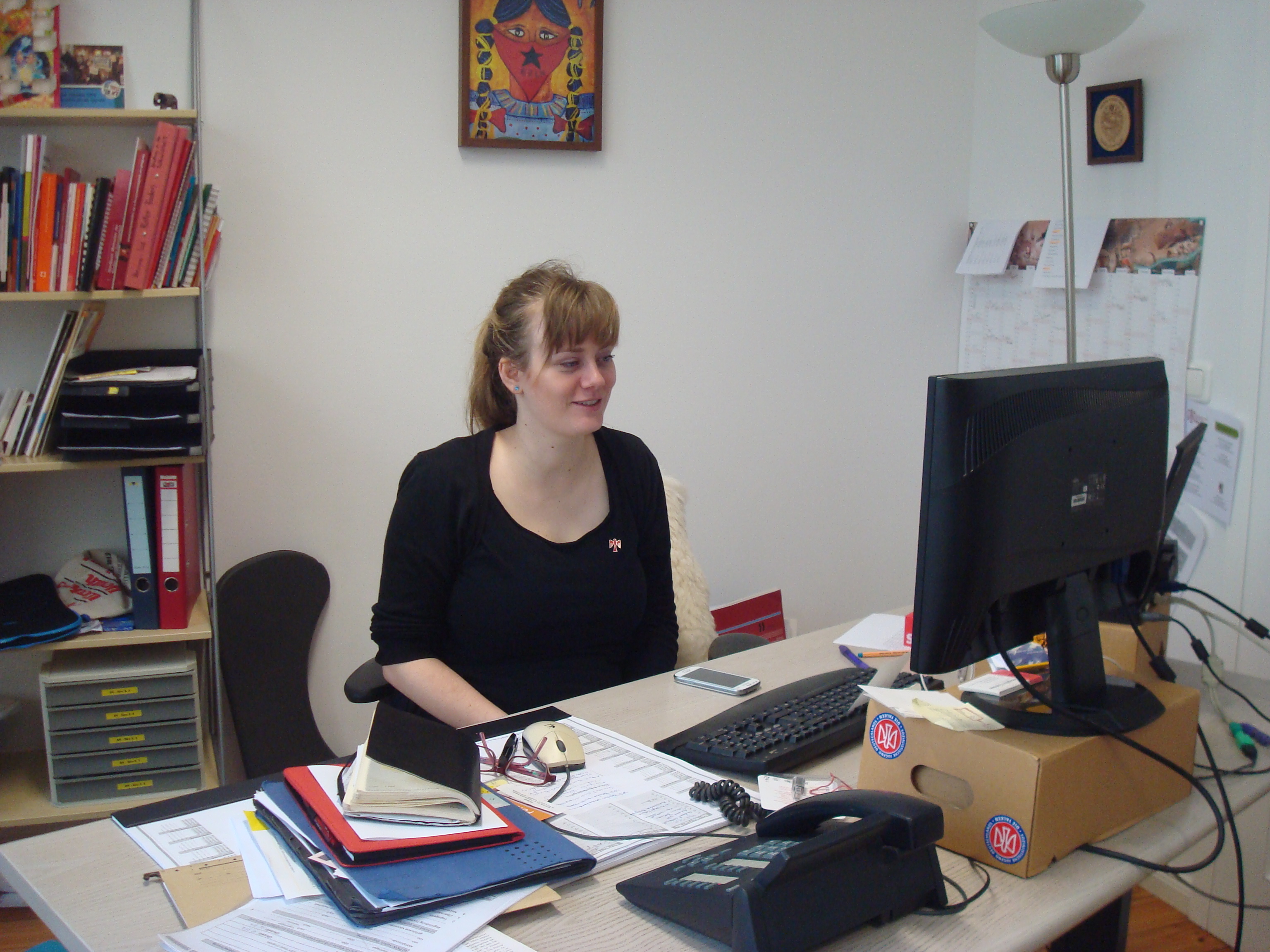 Like their mother party counterparts, these young politicians agree that there is a lot to criticise about the EU. Even Katharina Borngässer from the Young European Federalists, a youth organization that promotes European integration, criticises the union—but being critical is not the same as wanting to leave or break it up.

“We want to be part of this development, to help improve the EU,” says Borngässer.

Everyone we spoke to agrees the EU can use some work. The Alternative für Deutschland is critical of the eurozone, but says it isn’t in favour of leaving the union. But even this idea is too extreme for other politicians and youth active in politics.

“They are only seeing the euro as a technical thing,” says Young Union’s Benedict Poettering of the AfD. “They do not see it as a political thing, and they do not relate it to the last 50 or 60 years we had in Europe.”

Youth organizations have a list of other issues they think are being ignored. Issues like youth unemployment are making headlines, and without a clear solution, are still burdening young people.

“I have friends in Spain and Italy and they just can’t find a job,” says Borngässer. “I mean, they have a really good education, they studied in different countries, they learned different languages, but they can’t find a job. This can’t be the thing stopping them.”

“Why are we discussing so many issues on the European level, but there is not one way to discuss an EU minimum wage or how to tackle youth unemployment on a European level? We’re not discussing that,” says Josephin Tischner from Die Falken, a young socialist movement.

Another major issue for young people is the Transatlantic Trade and Investment Partnership (TTIP), a free trade agreement between the EU and the US. Some youth wings, like the Young Greens, mirror their mother party’s aversion to the discussions about TTIP, which many criticise for lacking transparency.

“We don’t get involved in decisions, like the trade and investment partnership,” says Young Green’s Theresa Kalmer. This lack of transparency and engagement is the EU’s biggest fault she says. “No one knows what the EU commission is talking about, and it will actually affect us all. I think this is a symptom of EU politics.”

Tischner, on the other hand, thinks the agreement could be what motivates people to go to the elections, in order to have a parliament willing to fight against it. “We are against this [agreement]. People are really shocked and concerned that all the negotiations are going on without any public insights.”

Even Lorenz Kreft, a member of the AfD’s youth wing, agrees that TTIP poses some dangers to Europe. “The great danger is that consumer protection gets subverted, infiltrated by economical interests,” he says. “Also gene food, which doesn’t even have to be signed as gene food might get on the market, as we have it already in the US.”

When most young people think of the European Union, Erasmus and mobility first come to mind. The exchange programme that allows thousands of EU citizens to live and study or work abroad for their degree is one of the clearest examples of how the union effects their lives.

When you come back you relate to Europe a lot more than before,” says Borngässer. “And when you do Erasmus and you’re there, you actually realize that other people from other countries have the same problems as you. And this realizations shows you how close you are to Europe.”