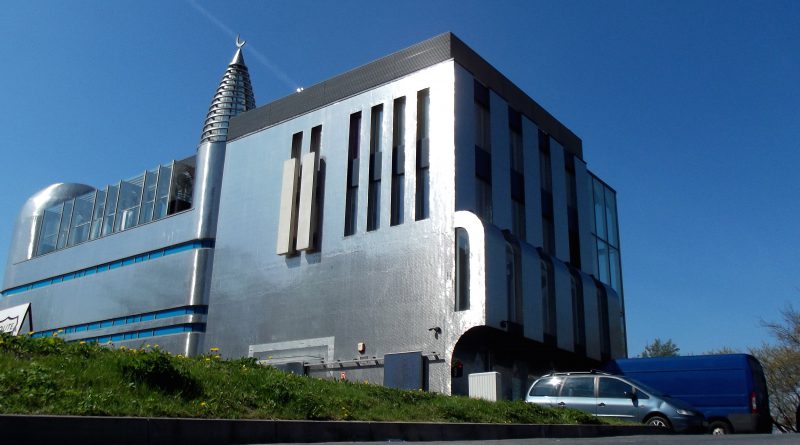 Why Islamophobia is on the rise in a country that houses so few Muslim people.

It’s one of the most Catholic countries in Europe and has one of the strictest refugee policies. Yet in Poland, where few Muslims actually call home, the same concerns that have dominated other European countries with refugees are ever prominent.

In 2016, Ipsos, a global research initiative, conducted a survey which saw Polish people believe that 7% of their population is Muslim. The actual number is extraordinarily low with just around 35,000 of the 38 million people in Poland identifying as Muslim, or, 0.1% compared to the projected 7%. Based on the research, Poland was one of the most misinformed European countries in regards to Muslim populations.

Assistant Professor in the Department of European Studies at University of Krakow, Konrad Pedziwiatr, said, “Poles standout in terms of perceptions of Muslims…Poles, by in large are quite correct in their perception of reality…except this one thing which is the perception of Islam and Muslims.”

The Muslim population in Poland is one of the lowest in the EU. Yet, with so few Muslims actually living in the country, issues regarding racism, xenophobia and fear of Islam still persist.

“I believe people are scared, [they are] bombarded by the media with messages of attacks and wars. They are scared more, they fear more,” Professor Pedziwiatr said.

“After terrorist attacks in Paris and Belgium, [the government] changed their minds and said they wouldn’t accept refugees…some of the most important reasons that have contributed to this significant increase of perceptions of Islam as a threat is external events.”

The issue is being played out in high politics and is linked to the rise of the controversial right wing Law and Justice Party (Pis) in 2015.

” Never before was immigration so heavily politicised in Poland as in 2015 and then it carried on to 2016 which was a huge surprise as this influx [of Muslims] was not happening…after the takeover and political change in Poland there has been a significant emphasis on nationhood and Polishness…they realized that Islamophobia and totalization of refugees is going to give them political capital,” Professor Pedziwiatr said.

“Many right wing orientated organisations in Poland think we are under a serious threat or use Western (terrorist) situations to rise their popularity among people who need a common enemy in order to have a point of reference to their situation,” said Maciej Kałuża on behalf of ‘Never Again,’ a Polish organisation which promotes multiculturalism and educates against racism and xenophobia.

“We have Islamophobia without Islam in Poland.”

Media censorship and bias has been a significant problem in Poland after PiS assumed office. Changes to media laws allowed PiS to appoint heads of the state media which has contributed to a rise in right wing bias. The media situation has contributed to the projection of Muslims.

“This migration crisis was framed [by the media] as a flood of Muslims and a Muslim invasion… these processes have lead people to believe that this invasion is imminent and that Poland will be invaded. Some even believe that Poland has already been invaded,” Professor Pedziwiatr explained.

The situation also extends to the internet with one of the most liked pages on Facebook in Poland being ‘Stop Islamisation in Europe,’ an anti-Islam organisation.

Islamophobia has been intensified by PiS and their relationship with the Catholic church which has strengthened the link between Polish nationalists and Catholics.

“The Church has an influence in Polish politics. This particular government is hugely relying on elements of the church,” Professor Pedziwiatr said.

“We have seen a rise in the hate crime and speech reports. There were statistically 400 to 600 (incidents) a year before the migration crisis, now it is much more. There is a sharp incline of reports by the people who feel disturbed or by the victims of hate crimes,” Marciej Kałuża explained.

Despite the fact there are so few Muslims in Poland, xenophobia and the fear of Islam has proven to have an affect on others living in the country.

“People are being assaulted because of the colour of their skin and the differences between them and the attackers. What sometimes happens is someone from say, India, is assaulted because the person believes they are a refugee…it is not an assault on someone who is being clearly recognized.”

An incident in a Kebab shop in the town of Elk this year received significant media attention after an Arabic man murdered a young Polish man for allegedly stealing, and then throwing a firecracker into his restaurant before fleeing with a friend. This clash sparked riots and increased tensions between Poles and Muslims.

Last year at the University of Bialystok, a message was sent out to the Erasmus students to stay vigilant on the streets due to concerns for the safety of the international students at the hand of radical right wing Poles.

“I have had a lot of, let’s say, uncomfortable situations since i was a young boy,” Adahm Abd El Aal, the Chairman of the Warsaw Mosque who has lived in Poland for over 40 years, said.

“The media and the refugee crisis had a very serious impact on their general feeling of what it is like to live in Poland,” Kałuża said

Despite this, Abd El All claims that he still feels welcome in Poland and is understanding of the issues that the country is facing. Poland has primarily been an emigration country rather than immigration.

“During communism, Poland was a closed area… It is not fair to compare Poland to Germany, France, Great Britain or Norway. Those countries have had a lot of experience [with refugees and Muslims].”

Abd El All states that the attitude and mindset of Poles towards Muslims has to shift in order for the situation to change.

“Help me to train the refugees coming here,” Abd El All pleads.

The Chairman believes it is vital to educate Muslims and refugees about their new home, what it is like to live in Poland and what their rights are.

“Help them to adapt…let’s teach these people, let’s train them instead of telling them what to do. Let’s give them the opportunity to work… they will help this country grow.”

Check out this clip of ordinary Polish people on the streets of Warsaw expressing their opinion on the Muslim misconceptions. (1:26)

Currently the Polish government is doing very little in integrating refugees and is failing to educate Poles in tolerance and xenophobia. However, organizations, like Never Again, see education as a vital tool in fighting intolerance.

Never Again offers workshops and contributes to dialogue across Poland.

“We raise awareness. by registering them and showing people how much accidents occur regarding intolerance and hate speech in Poland, it raises awareness that there is a problem…. We also made workshops for kindergarten children after the incident at the kebab shop about tolerance,” Maciej Kałuża said.

Although Never Again strives to educate Poles, Kałuża claims they do not necessarily reach the demographic they are aiming to sway.

“It would be much more sensible to educate people who are already intolerant, but they are not very interested in being tolerant… It is hard to meet someone who is intolerant or has aggressive feelings and get them to come to workshops.”

Professor Konrad Pedziwiatr claims that since the Muslim community is so small, they fail to have a voice that is able to deconstruct the myths perpetuating Islamophobia in Poland.

“They do not have a large enough human and social capital so they are not able to construct a narrative against the stereotypical messages about Muslims, Islam and refugees that are being circulated in the Polish media.”

It is evident that Poland has a number of misconception in regards to Muslims and Islam and the future is not looking any different. By 2020, Poles projected that 13% of their population would be made up of Muslim people, increasing almost double of their current false impressions. The country still has let very few refugees in and the current population of Muslims in Poland continues to stay a sever minority in comparison to the countries that surround it.