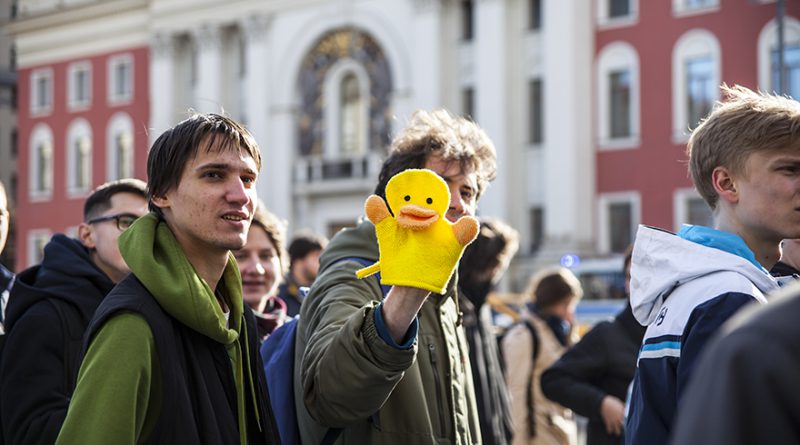 BY MIRIAM DEPREZ AND TESSA FOX

“We will not remain silent,” 10,000 protesters cried during the largest Russian anti-government demonstrations since 2012, on March 26th. Over 700 demonstrators were arrested, including opposition leader Alexi Nevalny, frustrated with the current governments corruption as civilians struggle to live. “The media tell us that Russia is doing well, but people are starting to wake up to the truth: more and more Russian’s can’t even feed their own children.”

Putin has since compared the Moscow protests to those of the Arab spring and the Euromaidan revolution in Ukraine, signalling its political significance.

For the full story, read Protesters in Moscow call for Second Russian Revolution, by Helena Cazaerck and Alexander Hendricks.