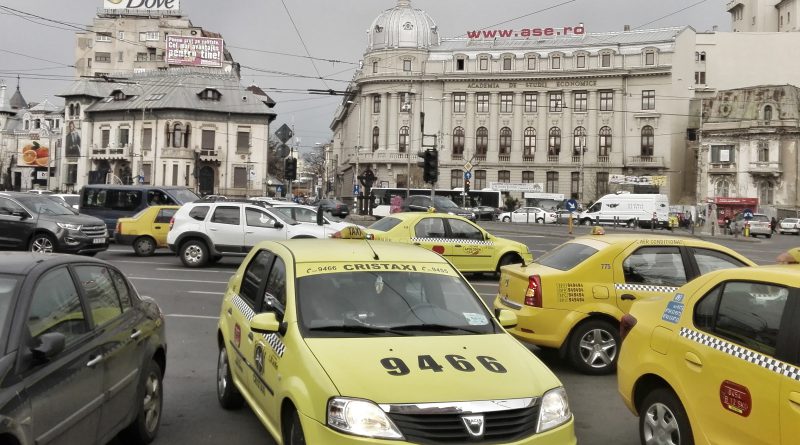 Major international private companies have set the example by financing sustainable solutions for the Romanian capital’s extreme traffic pollution. As a result, Bucharest has become the first European city where bike sharing is funded without any financial support from the government.

Sustainable transport has never been a priority on the local authority’s agenda. An enormous swarm of cars rage constantly through the capital city at a furious pace, while there’s hardly no infrastructural intervention to be seen which should ensure safe separated lanes for cyclists. Through the lack of the government’s supplied safe cycle lanes, the inhabitants of Bucharest are being discouraged to hop on their iron horses. All this is still leading to peaking figures of air pollution. According to Numbeo.com, Bucharest is one of the ten European cities with the worst air quality due to the heavy traffic in the Romanian capital.

The few cycle lanes that have been created so far are a perfect reflection of Romania’s struggle to become a good partner of the European Union. If there are already separated lanes for cyclists, the urban planners forgot that it would be beneficial if they should cross each other. As in the case of Victory Square, cyclists have to find their personal way to get from one cycle lane to the other. Or in another case, cyclists just run into a tree that grows out of the concrete of the cycle lanes. “It seems that the authorities have quickly built these cyclist lanes in order to scrap it from Europe Union’s checklist”, says Racula Fiser from the NGO Green Revolution.

Fiser advocates for sustainable urban solutions for the capital’s traffic disease. With the financial support from the Austrian international bank Raiffeisen and the German supermarket chain Kaufland, she has established the first European bike sharing system funded by private companies. “It’s not a normal model,” she explains, “but it is a working model that gains benefits for everybody. We can’t wait until the authorities wake up. By showing that we exist, we can put pressure on the authorities that they have to do their infrastructural duty as soon as possible.”

Their pilot project started off in 2010 with only five city bike stations throughout the city. As of this weekend, NGO Green Revolution will double these share points. The stations for these shared bikes are connected to the bus, metro and tram stops as well as to parks. From Monday onwards, the entire network will cover the entire touristic and business area of the capital city.

Even though Green Revolution’s bike sharing system counted in 2016 only eighty thousand unique users, which represent a bit more than one percent of Bucharest’s population, Racula Fiser feels that bike usage is on its gradual rise. “After these seven years, we can see that slowly more and more voters, mostly young people between nineteen and thirty years old, become cyclists.”

Romanian’s national law still makes it quite difficult for NGO Green Revolution to mobilise every generation. Whereas Western European countries massively campaign for the children to go to school by bike, Romanian children under fourteen years old are by law prohibited to hop on their bikes without any escort from an adult. Of course, without having these cycle lanes on Bucharest’s overridden road, it wouldn’t be a responsible act from the parents to send their children through town, anyway.

Fiser admits that there’s still lots of work to be done to get more people on their bikes, or generally speaking, to ensure a more secure and sustainable traffic environment for the capital’s inhabitants, but in the meanwhile there is a change on the horizon. The municipality has recently handed in their urban mobility plan, which is based on the European Union’s ideology of the green and sustainable smart city. Without this plan, the city won’t be able to apply for any funding from Brussels regarding mobility.

The sustainable mobility revolution in Romania begins with bikes, but Fiser is aware that the increasing bike usage won’t solve the whole problem of air pollution. “The next step is car sharing. Unfortunately, after these decades under communist rule, the Romanian people just like to own things like cars, because back then they owned barely nothing.”