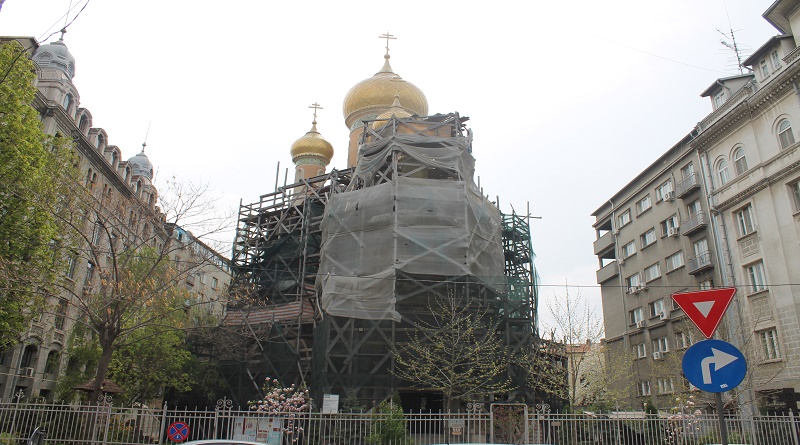 With 10 places of worship being built in Romania every month, a church is built once every three days, according to a report by the BBC. On top of that, a new 400-million-euro church has been under construction in Bucharest for years.

Riding the trams and buses of Romania, people synchronously make the crossing gesture as they pass each church, paying their respects. This makes it easy to realize that Romania, even though is a secular state, is a religious country. What really catches the attention, however, is that those people cross themselves every couple of minutes. You might pass around 8 churches in a 20-minute bus ride. This begs the question, how can a poor country like Romania afford to build so many churches?

This new 400-million-euro project that the state is investing in, is expected to become the tallest Orthodox church in the world that fits up to 5,000 people at one time. Its neighbor, Nicolae Ceausescu’s Palace of the People is the second largest and most expensive administrative building in the world.

Religious buildings in Romania are funded by the state as well as with funds from the public. Churches have been getting so much funding, according to a study by Romania Libera, after the fall of communism in 1989, almost 200 churches were built in a year, while the number of schools decreased on aa alarming rate of 1,000 per year and hospital beds’ number decreased with 4,000 per year.

Joan Sleiman, a medical doctor and resident in a state funded hospital in Bucharest, explained how the state hasn’t been paying enough money to support hospitals. She explained in detail how some doctors use the wrong suture threads or needles because the hospital doesn’t always have the right sizes.

“Sometimes, they even run out of hand sanitizer for the doctors, so they ask us to bring our own to use before a surgery,” said Joan.

Citizens of Romania have been complaining that church buildings are always renovated while hospitals are being neglected. The state has not been renovating any hospitals nor is it getting enough equipment for doctors to use.

“Our tax money is being spent on churches, and that money used for churches is larger than that for education and infrastructure” said Romanian urban planner and city tour guide, Livia Morega.

Livia explained that the church has more than enough money, but it is still getting a lot of attention because the church is also used by the current government, the Social Democrat Party to influence the general opinion.

With the mass protests and corruption, the people turn away from the government and place their trust in the church making the church, the most trusted institution in Romania. For that reason, political parties seek the help of the church to influence people’s opinions.

As an urban planner, it is hard for her to have good and honorable ideas, because she has to work according to what she is being paid for and according to her, “the government prefers to spend money where it is easier”, which means that they don’t give enough attention to the complex infrastructure of public buildings like schools and hospitals.

The church disagreed by stating in a press release, “Continuing work on churches under construction and building new ones will help surmount the moral and spiritual crisis, just like the economic and financial one.”

The church added that religion brings people together, and solidarity is exactly what the people of Romania need.

Livia however, doesn’t agree. She voiced to Euroviews that “The church doesn’t care about the supply and demand.”