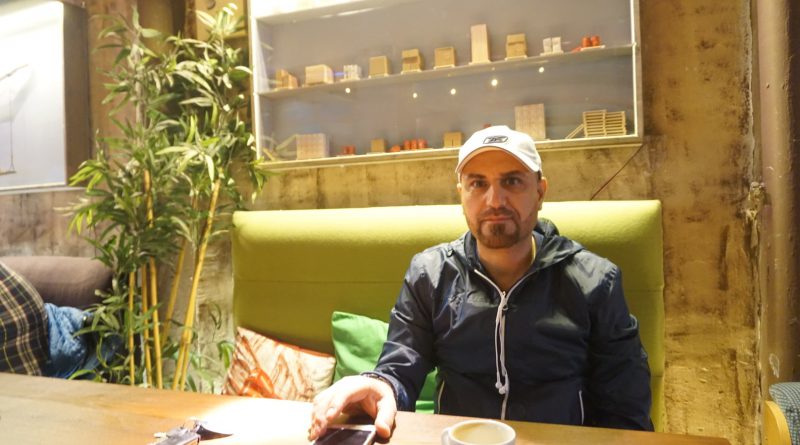 A story of an Iraqi refugee Haidar Hasan Ali began a year ago. A successful family man, member of Iraqi translators association and employee of a big construction company, he had to move to Romania in order to save himself and his relatives.

In 2016, the boss of Haidar received threatening messages from racketeers, who wanted a share of the company’s profit. He didn’t make concessions, so the criminals kept haunting. Eventually, one day when Haidar drove his wife and two daughters back home, the family’s car was assaulted by armed mobsters.

As it became clear that criminals are not going to loosen their grip on the company, Haidar decided to leave his homeland, hoping to find a better place for the family. 8 months ago he arrived to Romania, one of the poorest countries of the European Union, which cheapness and good weather attract refugees and immigrants to settle down.

However, cheap goods and sunshine don’t make this place ideal for migrants. Haidar has a diploma in German language, but Romanian authorities refuse to recognize the document since the owner doesn’t have citizenship. Although Haidar was a member of Iraqi translators association for several years, he can’t work as a professional translator in the country.

Because of the unrecognized diploma and insufficient knowledge of Romanian language, it’s difficult for him to find a good job. The family monthly receives a government support in the sum of 120 dollars per person, but according to Haidar, this amount of money is not enough for a big family. Moreover, the continuance of the assistance is just 6 months and it doesn’t include any social services such as medical and legal help.

One of the main reasons for Haidar to move in Romania is a presence of a cousin, who came to the country 13 years ago as a student. Now, the cousin is a director of a firm and he helps the relatives in every way. Haidar also has lots of friends in Scandinavia, but he adds with a smile that would never move there due to cold weather and unpopularity of his favorite kind of sport – football.

Presently Haidar has a quite family life. He attends Romanian language courses, provided by the International Organization for Migration; visits football matches of FC Dinamo Bucuresti and sees off two daughters to an Arabic school, planning to move them into Romanian one.

Haidar loves his new home and thinks that this place suits him despite some temporal difficulties. He really likes Romanians, noticing that all of them are simple and not hooked on money and power. They remind him Iraqis, who are also family people that prefer household harmony to the seriousness of careerism.

Romania always was a transit country, which refugees used as a passage towards other European countries. In 2015, the government accepted an immigration quota of 6000 people. But only 700 refugees arrived and decided to settle down.

Despite the good knowledge of German, Haidar doesn’t want to go to Germany due to costliness of life as well as the lack of friends and relatives there. Furthermore, he adds that paperwork is much heavier for a refugee in the Central and Western Europe, especially for those, who arrived from the Middle East.

For many years, Iraq was a battleground, where Americans tried to promote democracy and secure that Saddam Hussein would not obtain nuclear weapons. After the leave of American troops in 2011, the country didn’t turn into peaceful place to live. Various radical groups such as ISIS emerged in the weakened country, terrorizing people, who haven’t recovered from the previous invasion.

Unfortunately, crime rates didn’t go down after the overthrow of Saddam Hussein. According to the online databases of Knoema, the number of assaults and kidnappings doubled from 2008. Haidar is very disappointed with the current Iraqi government that appeared with assistance of Americans. As he notices, authorities constantly fail to stabilize situation in the country, where radical groups and criminal bands have taken power.