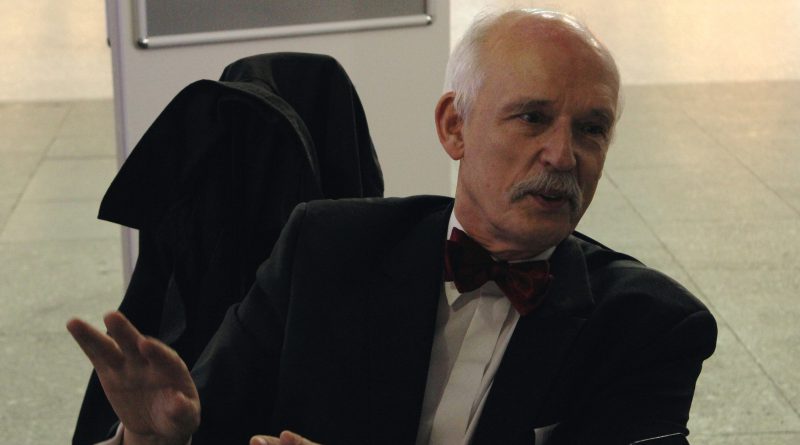 It might be too soon to celebrate a supposed decrease in Poland’s Gender Pay Gap. Women’s salaries may be rising, but their rights are standing still.
FRANCISCA VELASCO

A PwC report stated that Poland would close the gender pay gap by 2021. But after the Law and Justice party (PiS) took over in 2015, the support for women’s rights have been declining, said Anna Karaszewska, one of the founders of Poland’s Women’s Congress and it’s former president.

Recently, a Polish MEP went viral for his comments on the female sex and their workers rights. He believes that the gender gap does not exist.

“There is no such thing as the gender pay gap. You know that capitalists want to exploit the workers, so they always fire the worker who has to be paid more, and hire everyone that is to be paid less. So, if you say that women get less money for the same job, why wouldn’t the capitalists fire all of the men and hire women?” Polish MEP and former member of the Sejm, Janusz Korwin-Mikke said.

Korwin-Mikke claims that women should be paid less because they are the weaker, less intelligent sex and that they are not, in fact, actually oppressed.  According to him, the communists rose to power “on the backs of the workers” by telling them they are the oppressed class.

“And now marxists has made a new class – homosexuals and women. They try to convince women that they are oppressed by the system the same way workers were and to overturn the patriarchal system.”

“It is a shame for Poland that he is a member of EU parliament… His traditional philosophy is now strengthened by this new government (PiS,) but he is very much extreme.” Karaszewska said.

According to Karaszewska, the gender pay gap is not on the PiS agenda at all, and is instead attempting to bring Poland back to it’s traditional values through corruption and manipulation.

“They would like to retrieve the traditional model of society where women are focusing on care related duties, family, children, not working. And we see it because this 500+ solution resulted quickly in profession deactivation of women in the workplace. A lot of women from 25 to 49 decided to quit their jobs”

The 500+ solution, a PiS initiative, is a supplement given to a woman every month for every second child she bares. It is damaging because it does not “help activate women to work” and, if they choose to participate, harms their chances of finding work after their children are grown.

In broader terms, it is damaging for the country as a whole. This new government aid could shrink Polish resources available on the market.

“We in Poland are suffering from the same demographic population of other countries: Aging population, we don’t have immigrants, we are very homogeneous, and we don’t have additional resources coming to Poland.” Karaszewska explained.

“Unfortunately Poland is not in a good shape, we are converting in the wrong way. We have a law deciding about our pregnancies…  It is my personal decision whether or not to have a baby. This is something that the Polish government can not see and refuses to see,” Dr. Joanna Sułkowska said.
Sułkowska, a physicist, was ranked one of women who can change the world in UNESCO’s  “2017 International Rising Talents.” According to her, her work was not recognized until after being awarded her new title, and it would be different if she were male. Now she is being invited to conferences to share the results she had been pushing three years ago.

“It gave me a huge acceptance in society. The title UNESCO is really changing how people see my results. But my results are still the same… My results suddenly became more important.”

Some correlate Poland’s current stance on women’s issues to PiS’s relation to the Catholic church.

“I think the position of the Catholic church is stronger than in other countries, I think one significant barrier for any progress for women is the catholic church. The Cstholic church hates women. There is no doubt about this,” Anna Karaszewska said when explaining why PiS is attempting to put women back into traditional home life.

When speaking about Poland’s current reproductive laws, Sułkowska said, “I don’t think the government has women’s rights on their agenda. I am Catholic. But we need to develop and accommodate to our current situation.”

“It is off to a bad start, and needs to improve.. but I am worried about losing what we have fought for over the last year. I try to be optimistic, but I don’t see the future in bright colors. It will be a fight to not let our lives be destroyed… but I believe in us I believe in the women in Poland” Sułkowska said.