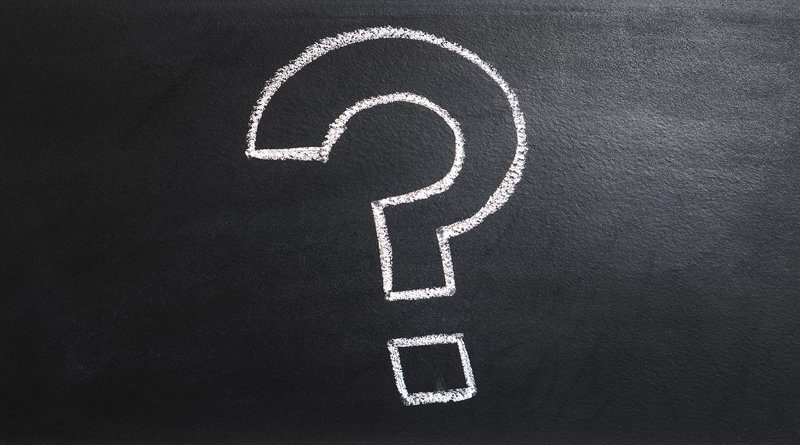 Poland’s low birth rate is set to create a variety of problems for the nation, however attempts are being made by the government to put the country back on track through the implementation of birth incentive policies.

In 2014, Anka Lekarska had a choice to make. A Polish citizen, she was recently married and living abroad in Dubai where she found that if she wanted to have children she would receive limited maternity leave.  When she compared this to her home country of Poland, which provides greater social benefits, the choice to wait to pursue her desire of motherhood was the obvious one.

Once back in Poland, however, Lekarska continued to postpone having children as she undertook several temporary jobs while waiting to get a permanent position which included paid maternity leave. “There is one year maternity leave in Poland, so I can spend one year with my baby,” she explained.

“Finally in December 2015 I got a permanent offer and we started the attempts to have children… I got pregnant in June 2016,” she said. Currently living in Warsaw, Lekarska who is now 34 is a new mother, having recently given birth to her first child.

Lekarska is just one of the growing number of Polish women who are choosing to delay having children for financial or career motivated reasons. As a result of this delay, and in combination with other factors such as lack of government support, Poland has seen a decline in total fertility.

According to the Population Reference Bureau, Poland’s current total fertility rate which is measured per woman, is 1.3 children,. The number of children needed to maintain the current population is 2.1 children per woman. The longer women delay marriage and having children, the fewer children they are able to conceive without the help of medical intervention such as in vitro fertilisation, which is heavily regulated in Poland.

The long term impact of this trend will be a shrinking workforce in comparison to the number of Poles dependent on it, a problem common across much of Europe, which puts economic and social pressure on younger generations to remain in the workforce for longer.

Over recent years, the Polish government has implemented a variety of different birth incentive strategies, however these plans have not resulted in any long term improvements to Poland’s fertility rate.

Dr. Izabela Styczyńska, the Vice President at the Center for Social and Economic Research in Warsaw, points out that the 2014 increase of paid maternity leave only lasted a year and another policy which provided a one off birth payment was only in place for two years.

“It is not a long lasting strategy that has been implemented, but more ad hoc activities by different governments to win elections.” Dr. Styczyńska cites this lack of institutional stability as a major factor influencing whether or not people have children in Poland. One such change is the 2016 reversal of the increase of the retirement age by the Law and Justice Party. Raised to 67 years by a 2012 bill, the retirement age will be lowered to just 60 years for women and 65 for men which will reduce workforce participation and curb economic growth.

“The Polish government has no vision of how to challenge the demographic change in Poland, and this government is even worse because of the reverse of the reform of the pension age. Changes, changes, and changes are the worst strategy to help people build something,” she said.

“In order to have a child, raise another person, it’s a long process. Long lasting strategies are needed and that is what needs to be changed in Poland.”

New mother Anka Lekarska was one of the victims of these short term policies. Lekarska believed that she was eligible for a one off ‘baby bonus’ payment of 1000 PLN (approximately €230), however, the conditions of this payment were changed unofficially by the government and she is still waiting to find out if she is able to qualify. “It was very disappointing,” she said.

The most recent payment scheme known as 500+ has also created controversy.  Introduced in April last year, the monthly payment provides poorer families in Poland with financial support. This payment scheme is geared towards creating larger families, not incentivising new ones, as the money goes to second and subsequent children under the age of 18. As Lekarska does not have any previous children she was ineligible for this payment, stating “in my opinion, financial support from the government is insufficient” for mothers in her situation.

The 500+ scheme has been criticized due to its high cost, estimated to be €5 billion a year, and the fact that it can encourage women in particular to leave the workforce in order to have children.

Dr. Paweł Strzelecki, Assistant Professor at Warsaw School of Economics’ Institute of Statistics and Demography, explains that he does not believe even the government itself thinks the policy will alleviate Poland’s demographic issue. “This 500+ does not differentiate between households and I think that this was by purpose”. Strzelecki explains that the program was not designed to target specific families, meaning it is extremely costly but is likely to decrease overall poverty and provide a general incentive to have children.

Dr. Styczyńska states that although the policy is still new, having been implemented only a year ago there has been an increase in the number of births over this time period. She highlights similar boosts to the birth rate after previous short term policies.

Regarding the future of the 500+ policy, if it were to last, Dr. Styczyńska fears it may not be enough. “There are other aspects like work life balance, instability, the lack of institutional support which should be paired together with this financial benefit and then it might be helpful, but not alone.”

“Globalisation, the possibility for women to have an education, the open borders that allow us to travel” are some of the factors Dr. Styczyńska explains have contributed to delayed marriages and fewer children as women instead focus on themselves and their careers.

According to Eurostat, the number of marriages in Poland has been decreasing since 2008, which the survey attributes to the changing behaviour of young people “who when planning a future firstly try to invest in themselves – in education and work – and then in the family.”

“Finding work life balance is challenging,” Dr. Styczyńska confirms. “When you don’t have policies that support that, it’s even more challenging and this is the situation in Poland.”

There has been a trend towards Polish women leaving the country and settling abroad to have children, particularly in the United Kingdom. The total fertility rate of Polish women in the UK is 2.13, which is higher than the fertility rate of British women, according to the British Office of National Statistics.

Dr. Izabela Styczyńska explains that here the stability of policies matters “because [women]  feel more secure there. Because the institutional support is better there. Because the child benefits are a long tradition since the second World War.”

Edyta Gromacka is originally from Poland, but now lives in Aarhus, Denmark. Gromacka chose to have her children in Poland as she was in a stable economic situation, with a permanent contract at an American Law Company.

“I decided to move to Denmark to raise my children because I like the system here, I think it’s better than in Poland. I also like that my children are learning how to be independent and self confident. Here, there are very good conditions for kids. The education system is very supportive,” she said.

Gromacka believes that lack of a stable economic situation is an important factor when women in Poland are deciding whether or not to start a family. “It’s very expensive to have kids in Poland compared to [Polish] salaries. There was no help until lately when they started to pay some benefits for kids.”

Gromacka does not plan to return with her family to live in Poland.

Poland’s birth rate began declining in the 1990s, however as Dr. Paweł Strzelecki explains, it took around 20 years for the impacts to be seen in the workforce.

“According to demographic projections these declines are going to be observed for the next few decades, at least until 2060. We are just after this turning point in history.”

This means that in turn, it will take at least 20 years for an increased birth rate to help mitigate the impact of these trends. Short term, Strzelecki recommends increasing workforce participation by raising the retirement age and slowing the emigration trend by attracting migrants.

“The forecasts are very bad,” Dr. Izabela Styczyńska confirms. “By 2060, the number of Poles will decrease by 7 million… to 32 [million].”

However, it’s not all bad news.

“We have to learn from the mistakes of other countries that have already experienced such problems, and if we are wise enough to observe what worked in Western Europe or in Scandinavian countries and what didn’t, and try to implement things that worked then we might improve more quickly,” Dr. Styczyńska states.