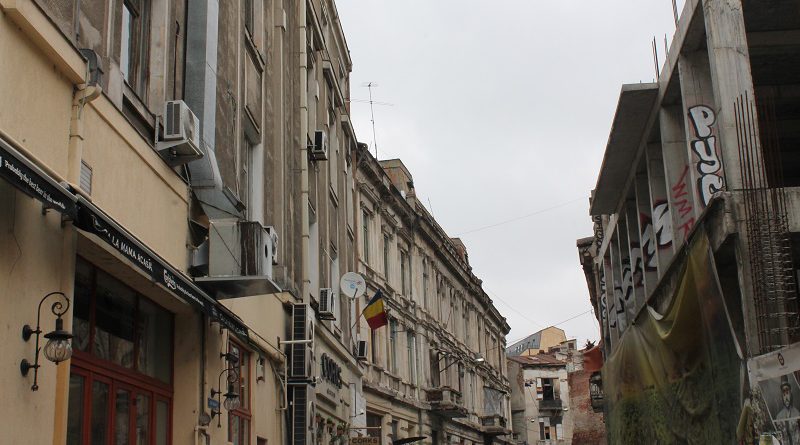 Romania’s reputation has been tarnished with all the corruption scandals and poverty, making its reputation for being a successful tech startup hub, forgotten.

However, being ruled by a communist leader, came with complications.

Romania became specialized in information technology, but that was it. Romanians lacked any other specialization that could help bring this sector to fame.

This is why Romania’s increasingly successful startup scene is being buried under all the corruption and poverty that the country is going through.

“Communism helped on the technical side but not on the commercial side, and here in Romania we want to build our own companies and not just work on coding,” said Adrian Balkan, founder of The Web Miner, a startup in Romania.

Balkan started his company a couple of years after he graduated from Bucharest University in computer science. He was able to fund his own start up after working in EMAG for two years and he believes that starting a company in Romania, if you are passionate and serious, can be very easy.

Romania was always thought to be the next tech startup hub of Europe, but the country was never able to become famous for this reputation, because it already had a character of poverty and incompetence. For example, Senator Bernie Sanders tweeted during his campaign, “Today, people living in Bucharest, Romania have access to much faster Internet than most of the US. That’s unacceptable and must change.”

“Romania is sorry for not being the third world country you and your voters think it is. We’ll be more careful next time!” replied the Romanian Dorin Lazar on his Twitter page.

What Senator Sanders failed to mention was that the typical Romanian student studies 2.5 times more math and almost 8 times the quantity of computer training than the average American student, by the time they reach high school.

Vector watch is one successful example of Romanian startups that was able to gain international attention and bring it to country. “The great thing about this watch is that it has a battery life for 30 days,” said Gabriela Bejan, PR & marketing manager and How to Web, as she pointed at the Vector watch she was wearing. “.. Unfortunately, the company sold the watch to Fitbit, but it’s Romanian, so I will continue to wear it.”

Bejan’s passion led her to become a marketing manager working at TechHub offices in Bucharest. She explained that the fact that TechHub has several co working spaces is a great advantage for people who want to build a startup because they provide a place for startups to meet. They also provide rooms for free for startups to work on their ideas with their fellow entrepreneurs.

The offices also host events for free in order to inspire more and more startups. For example, Startup weekend, a 54-hour event designed to provide superior experiential education for technical and non-technical entrepreneurs, that is taking place in Bucharest this weekend is being hosted by TechHub for free.

With the fast growth that the country has been witnessing, it is easy to think that Romania will be home of the next Mark Zuckerberg. However, Romania still has a long way to go. It is true that previously being a communist country helped establish a base for the tech industry, but during that time, everything was owned by the state and people had almost no sales or marketing skills.

As a consequence, Romania’s technology industry is still struggling.

“We as a nation, we don’t have selling skills. We don’t know how to sell with passion. We have confidence in our products. We say this is my product, I built it, and it works but it’s not in our nature to know how to push people to buy it,” said Bejan as she explains more about her experiences with startup companies.

Romania has definitely become an important player in the region but it is quite difficult to compete with Berlin, London or Silicon Valley,” she continued.

Another problem that Romania’s IT industry has been facing is the lack of proper funding. Although investors have been increasing in the region, it is still not enough for the fast growing number of startups.

Mircea Vadan, Program manager MVP academy accelerator, describes the struggles of building a startup in Romania. He explained that they are facing three challenges.

The first one is related to project management. Some startups do not quite understand how to explain the use of their product or the target of their products. The second is that they lack business management skills and they can’t seem to know how to acquire users. The third and most important challenge is lacking a supportive ecosystem for their product.

“There are some funds from the state but they usually come with conditions that are not very easy for tech startups. For example, they require you to maintain employees for a certain number of time and you need to keep the direction of your startup the same way that you pitched it. That’s almost impossible for startups because along the way you discover that something you thought would initially, won’t work, and you have to change it,” said Vadan.

Even with all the challenges that technology enthusiasts are facing, Mircea still feels confident that Romania will be able to provide an environment suitable for building products without those who build it having to move abroad a few years after. “Perspective will be changed in a year or omso because funding is growing,” he said.

In a country of contradictions, post-communism, and corruption, the startup sector represents a new beginning for Romanians. However, to get there, there is a long way to go. If the difficulties that startups are facing are fought by Romanian’s, the country might find a way to thrive and start a new name for itself.